CATH a local charity supporting those who are homeless or under threat of homelessness emerged onto the scene in 1991 during a particularly severe winter when a number of church parishioners became concerned about the plight of rough sleepers in Perth.

The original support was provided with the introduction of a soup kitchen run by volunteers in St Mathews Church and subsequently in a number of different locations until the Day Centre opened its doors on the Ladeside in 1995 with our first paid member of staff providing a more comprehensive range of support.

We added hostel accommodation in 1998 in various locations but since 2002 have operated a 16 bed hostel located at 47 York Place Perth. The hostel caters for males and females over the age of 16 years with trained development staff offering support in house and signposting to other agencies where appropriate.

To ensure that we could offer all round support CATH recognised the need for crisis intervention and in 1998 formed an Outreach team who conduct street walks covering the Perth and Kinross area to pick up on those who might otherwise fall through the net and remain at risk.

To support those already in their own accommodation CATH introduced a Floating Support service in 2001. A team of development workers travel throughout the Perth and Kinross area supporting people within their own tenancies to avoid tenancy failure.

2010 saw the opening of our charity shop in Perth’s High Street, now a well-established project which continues to meet its original aims raising the profile of homelessness, offering volunteering opportunities to the general public and our service users. Any money raised through the charity shop is used to support our charitable aims.

In 2013 we launched a Befriending service for men and women experiencing social isolation, the volunteer befrienders encourage people to become more involved with their local community.

We closed CATH House in December 2017 and relocated to Tayview House on the Shore Road. Here we eight rooms with facilities to encourage independent living.

CATH recognises the valuable contribution that volunteers have made to the organisation over the years and they continue to be involved in all areas of our service provision.

Partnership working has been embraced by CATH and provides opportunities to share  expertise and best practice, over the years we have been successfully involved in partnership projects with organisations such as Scottish Churches Housing Action, Criminal Justice Authority, Tayside Council on Alcohol, Perth and Kinross Council and Starter Packs.

We pride ourselves on creating a friendly atmosphere where everyone is welcome to browse. Whether you are a regular to the shop or a first time customer you will receive a warm welcome and are sure to leave with a bargain.

Our staff and volunteers are always happy to help whether you are looking for dinner plates or a digeridoo (although we can’t guarantee the digeridoo!). We have a huge range of stock which is updated on a daily basis. The CATH Shop always offers great value as we want to be accessible no matter how deep your pockets are. 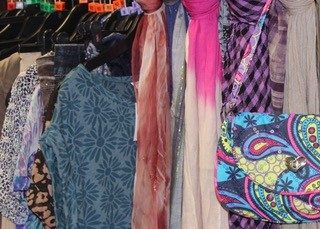 The CATH Day Centre is a “drop-in” service, which supports homeless individuals and those at risk of homelessness, who might find it difficult to access services elsewhere

The Day Centre aims to provide a warm and welcoming atmosphere for individuals who may be experiencing varying degrees of crisis in their lives. Our staff are experienced and skilled at working sensitively with the people who access the Day Centre.  We recognise people’s individuality and by offering a safe and supportive environment, try to support and enable individuals to make informed choices about their lifestyles and current and future living/housing arrangements. 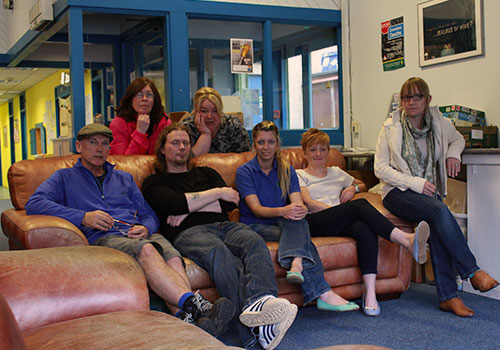 Our primary goal is to work with our service users to assist them in living independently and encourage them to develop their skills and confidence to maintain their tenancy and live fuller lives within our community. Every person will be treated with respect and dignity regardless of their circumstances. 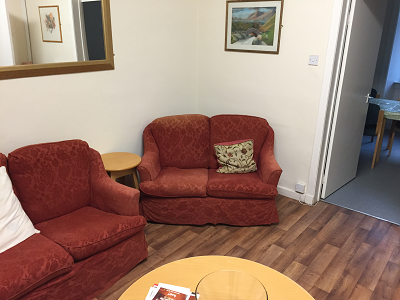 CATH is working with homeless people on improving their literacy and numeracy skills.

Andrea Pullar, who is based at the CATH Day Centre, supports people who would like to be better at reading, writing, spelling or maths. 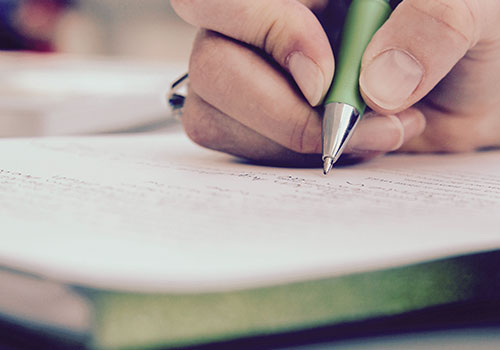 Within the Outreach team we endeavour to reduce the numbers of people who are rough sleeping or at risk of losing their tenancy.

We work with individuals using a person centred approach. Regardless of the circumstances a service user may find themselves in they will be supported, respected and treated with dignity at all times.

Any individual aged 16+ can access the service of the outreach team. We will attempt to ensure that each individual’s immediate issues are addressed whether they are rough sleeping, at risk of homelessness, living in temporary accommodation or simply require advice.

Perth Action of Churches Together

We are an ecumenical body with representatives from 27 churches and Christian communities from Perth and the surrounding area.

We meet five times a year, for the sharing of information and the planning of joint activities. 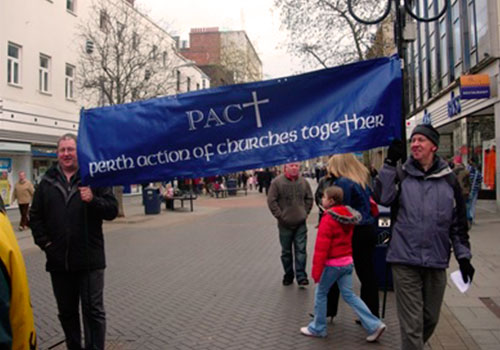